Rev up your tastebuds with fall flavours from Samuel Adams.  From September 18th to the 26th, the brewery is collaborating with five of Toronto’s top restaurants to bring you sumptuous dishes to pair with their award-winning craft beers for Toronto Beer Week.

Each of the five participating restaurants is serving a Samuel Adams-inspired menu that marries perfectly with their line of quality beers.  In championing creativity, each chef has been encouraged to create their own theme.  For instance, all three Rock Lobster locations will be showcasing an ‘Octoberfest Fall Classic’ menu, inspired by the popular seasonal brew menu.  Over at DaiLo’s LoPan, they’re making use of Samuel Adams’ hoppy West Coast style IPA in “The Rebel Dim Sum Sum Special”, as well as at Kanpai Snack Bar with their “Taiwanese Rebel Yell” fare.

Trevor Lui, owner of Kanpai enthuses about why Samuel Adams beer is the ideal fit with their menu. “Taiwanese street cuisine and the Kanpai experience is synonymous with the culture of pairing good beer.  Our “Rebel Yell” menu is a scrumptious story line about celebrating our love for fried chicken, beer and hip hop and #TBW15 is the perfect vessel to share this with all of Toronto.”

Over at Queen Margherita Pizza, Nonna and foodies will approve of the “Italiano Beer Feast” which will be offered at all three of their restaurants. Their menu is slightly different than the others as it incorporates Samuel Adams beer into their Italian classics:

If you desire BBQ, let Smoque N’ Bones‘ “The Southern Canuck Special” satiate your cravings.  As well, they’ve upped the ante and used a Samuel Adams cheese in their menu, crafted by Afrim Pristine of Toronto’s Cheese Boutique.

Afrim encourages food lovers to taste the results themselves, “I think [Toronto] Beer Week is a great introduction for people who love craft beers and to see how beer has evolved over the last few years…we just started working with [Alex] at Smoque N’ Bones, but I’m excited to work with like-minded individuals like him.”

With an array of diverse restaurants to dine at, Toronto Beer Week’s mandate is about offering unique community-driven experiences for Torontonians.  Samuel Adams is a proud supporter and heavily involved in fostering delicious relationships with restaurants and the gastronomic community.

Save the dates and your stomachs.  All menus will tantalize your tastebuds so plan on trying a different Samuel Adams pairing each evening. 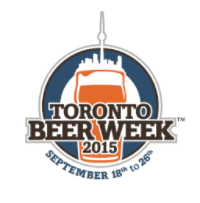